On the afternoon of August 16 (GMT+8, Beijing Time), the Awarding Ceremony of the 4th Shenzhen Design Award for Young Talents (SDAY) finally kicked off online. Due to the COVID-19 pandemic, this event was rescheduled to be held in the form of online video, continuing to create an environment where design transcends national borders and give the new generation of designers an opportunity to express themselves.

Twenty-one awarded individuals and groups from all over the world gathered online and expressed their opinions. In addition to the winners, representatives of creative cities, journalists from local media in Shenzhen, and professionals from the design community attended this event.

Before the ceremony, Dr. Wangxi HAN, the director of Shenzhen Innovation & Creative Design Development Office, delivered a speech. Dr. HAN pointed out that, as an international and professional award jointly launched by the city of Shenzhen and UNESCO in 2013, SDAY has attracted global young designers since its initial edition. Many amazing and excellent projects emerged in every year’s SDAY. The winners are the among the best of young designers around the world, who represent the future of the creative design community.

SDAY is funded by the Shenzhen Special Fund for Cultural & Creative Industries Development, administered by the Publicity Department of Shenzhen Municipal Party Committee of CPC (Shenzhen Innovation & Creative Design Development Office), organized by the Shenzhen City of Design Promotion Association (SDPA), in cooperation with the UNESCO Creative Cities Network (UCCN). In the 4th SDAY, thousands of young designers from 20 creative cities participated in the preliminary judging organized by each city's nominators.

Themed as "Inclusive Design", SDAY 2019 rewards designers of the new era for their designs and ideas based on respect to the diversity of users. Emma Strydom from Cape Town, South Africa, a creative city newly listed in UCCN in 2019, impressed all the judges with her visual communication design that applies a literacy system into daily life, and won the Grand Award of 100,000 RMB. At the ceremony, Emma expressed her surprise and delight of winning such an international award for the first time. She also said that as a designer from Africa, she hopes to "correct the imbalances in society through creative ideas from different perspectives, and create designs which are not only interesting but can also improve the lives and environment, solve problems or change the way we engage in something." 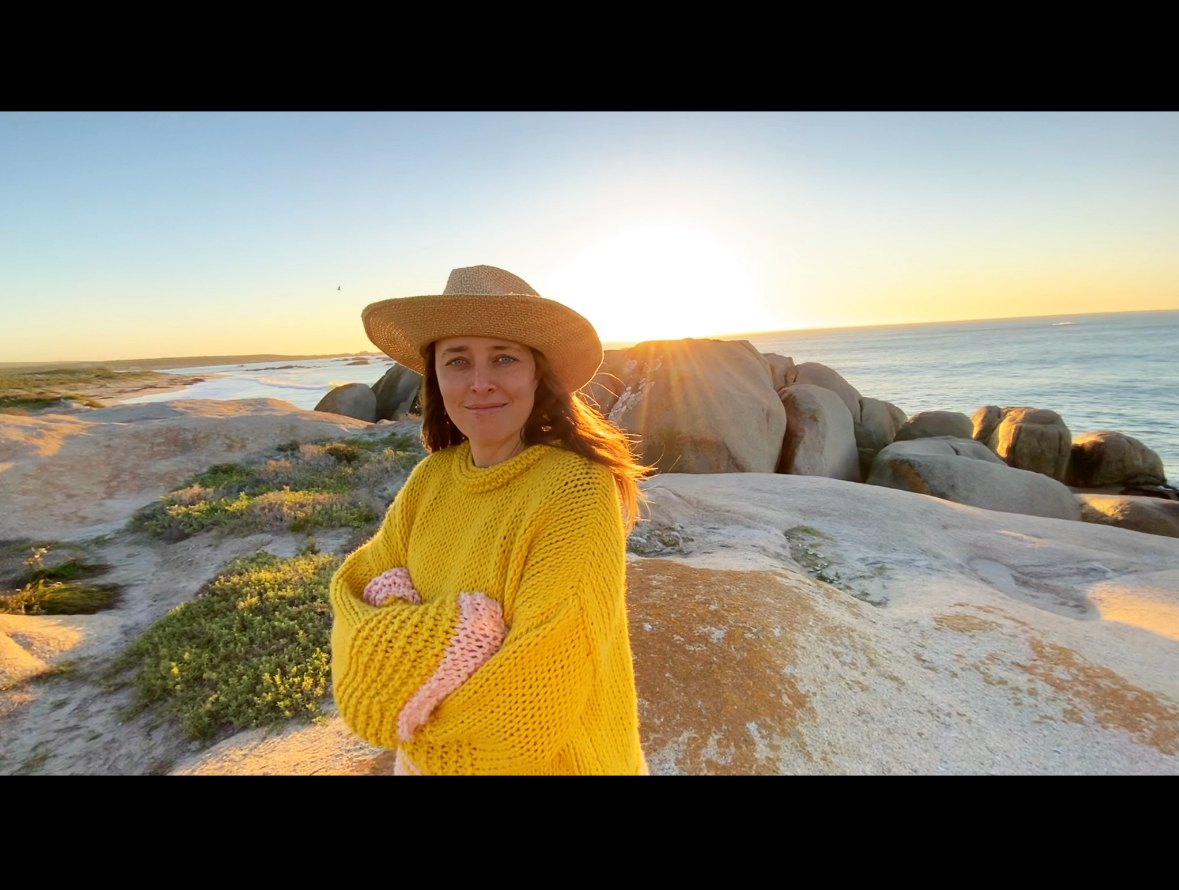 After heated competition in the professional group, 10 individuals and groups from Montreal in Canada, Saint-Étienne in France, Bilbao in Spain, Nagoya in Japan, Bandung in Indonesia, Beijing, Nanjing, and Shenzhen in China stood out and won the Merit Award. Designers and team representatives from different industries such as architecture, product, public service design shared their design thinking and experiences, and expounded their understanding about “inclusive design” in terms of increasing public participation, proposing new ideas, caring minorities, ensuring diversity, etc. 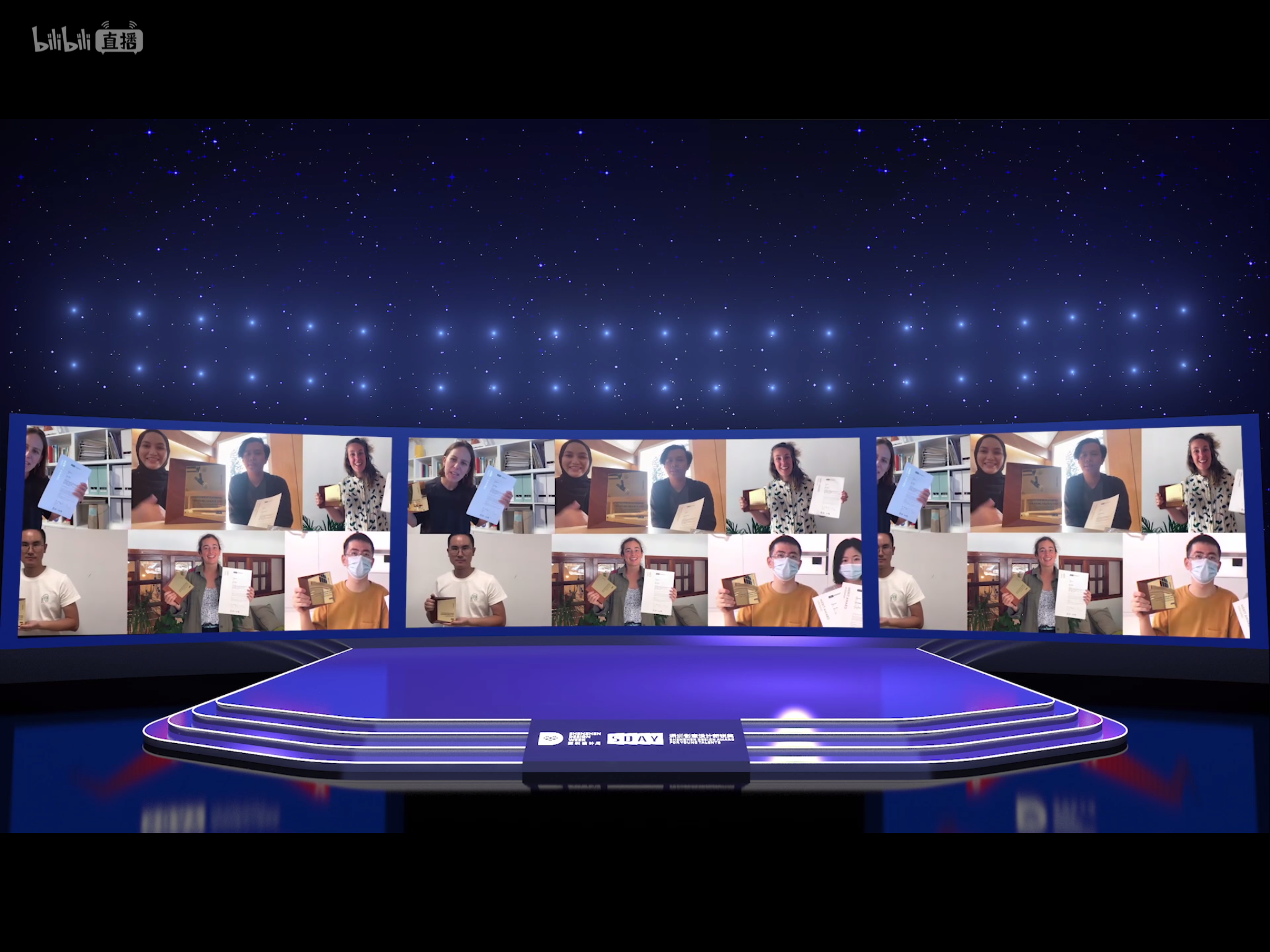 As for the student group, 19-year-old Luisa Urfali from Curitiba in Brazil, the POLITO Food Design Lab from the Politecnico di Torino in Turin, Italy, and other students from Chinese universities like China Academy of Art, Shenzhen University, Hunan University, Nanjing University of the Arts won the New Star Award. For Wu Ying from Shenzhen, it’s the first trophy in his life; while for the “old friend” of SDAY -- Chen Peitao, it’s the second New Star Award that he has ever won. This shows the rapid growth of the new generation of designers. In the ceremony, young designers shared their feelings of winning and their expectations for the future, and talked about their new thinking and inspirations for design after the pandemic. 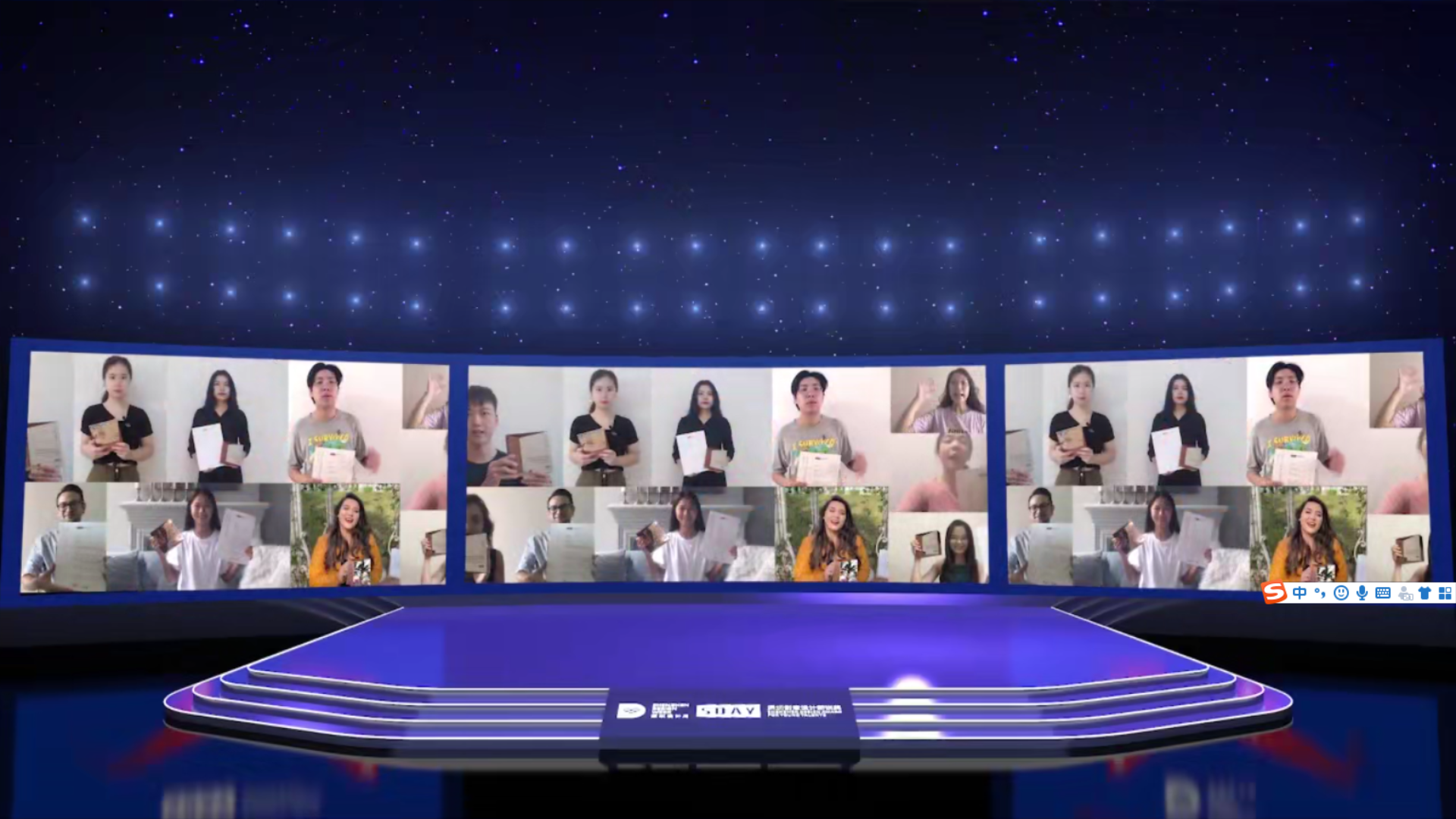 SDAY adopts a nomination mechanism and publishes cutting-edge design topics through professional channels. It encourages young designers to challenge themselves and brainstorm. The active participation of creative cities and young designers has ensured that the 4th SDAY was held successfully in a brand-new form despite the impact of COVID-19 pandemic.

Twenty professional design institutions and colleges from Graz, Saint-Étienne, Singapore, Montreal, Shanghai, Wuhan, Macau have given great support in the process of calling for entries, judging and publicity. In particular, nominators of Cape Town, Hangzhou, and Nanjing attached great importance to this competition, and recommended a large number of excellent projects that fit the theme "inclusive design", which brought fresh vitality to SDAY. As a result, the Craft and Design Institute in Cape Town, the School of Design of China Academy of Art, and the Nanjing Literature Center won the Best Nominator Award. 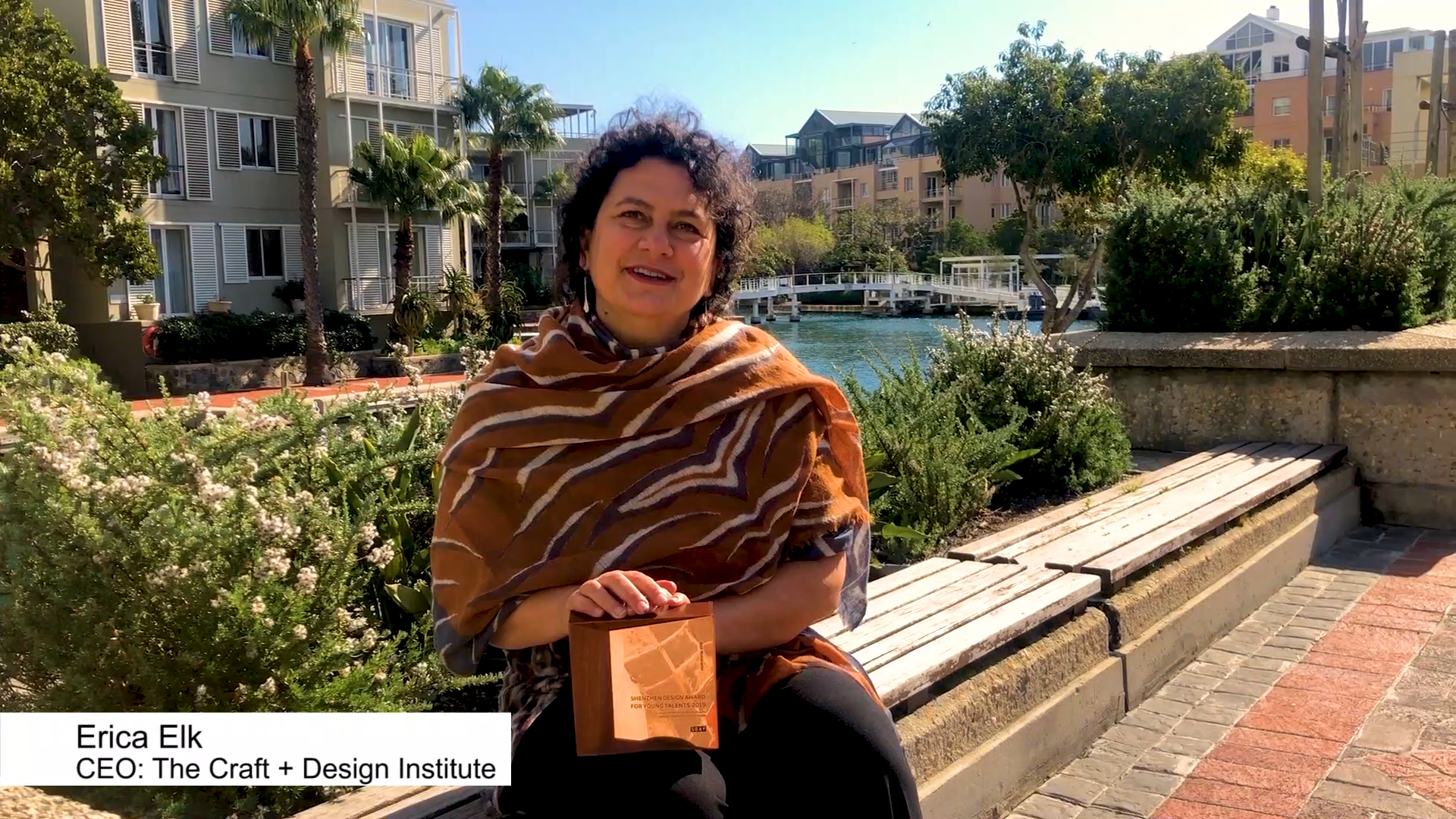 Ms. Erica Elk speaking on hehalf of CDI in Cape Town during the live ceremony.

Creative design is the beacon to the future, and excellence is the pursuit of design. SDAY hopes to create a platform for international and cross-field communication, in order to encourage young talents in the design community to broaden their horizons, make cities greener and more livable, make society more harmonious, make development more sustainable, and the most importantly, make human life better through creativity. As Mr. Chen Zhengda, Vice Dean of the School of Design of China Academy of Art, said, designers should "use the imagination of design to explore and invent solutions, in order to achieve the goal of resolving social problems, and show the vision and social responsibility that modern designers should have." 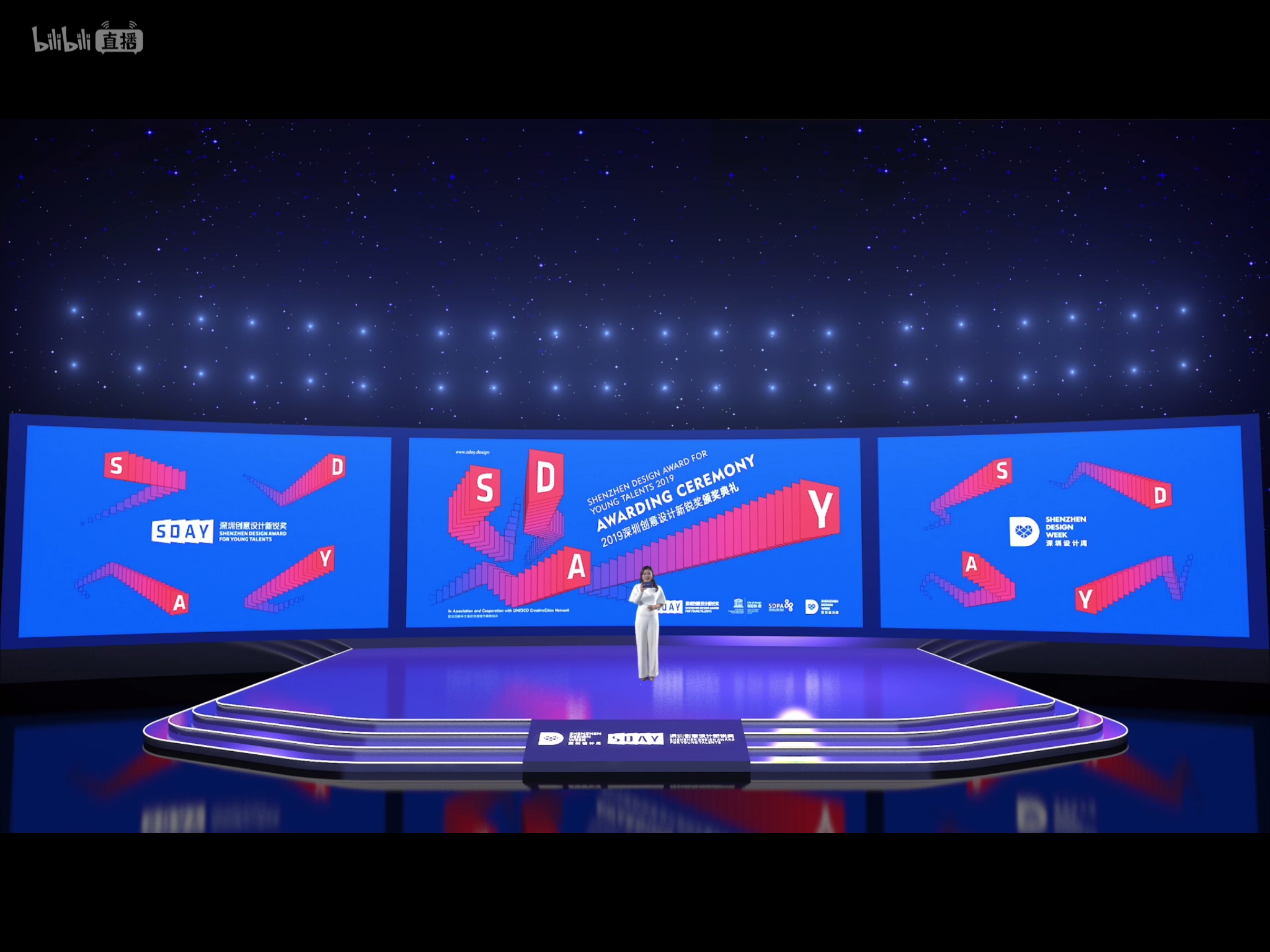 Hostess Emma in the live ceremony.

At the same time as the awarding ceremony, the Excellent Design Exhibition of SDAY was officially launched at the Jupiter Museum of Art in Shenzhen. And it will be presented online as one of the serial events of SDAY during Shenzhen Design Week. The exhibition will last until August 30th. The 4th Shenzhen Design Award for Young Talents is about to come to a successful conclusion in this late-summer and early-autumn. Let us expect next year’s SDAY to achieve greater glories!