In the selection of the 1st Shenzhen Design Award for Young Talents (SZ+DAY), the design team “Daily tous les jours” coming from Montréal, Canada won the favor of all judges and won Grand Award with its public fitness and entertainment equipment “21 Swings,” which is an integration of music and space design. Nine individuals or teams, including Ren Sisi, So Far So Good, Ecojun Company, from Shenzhen, Berlin, Seoul, Saint-Etienne in France and Kobe in Japan won Merit Awards. In the student session, four individuals and teams respectively from four cities including Bologna in Italy, Dublin in Ireland, Bogota in Columbia and Berlin in Germany won New Star Awards. In the meanwhile, three “Cities of Design”—— Saint-Etienne in France, Berlin in Germany and Montréal in Canada, were honored as Best Nominators for excellent performance in the event. A total of 91 emerging design works created by 135 young designers from 16 creative cities from home and abroad were exhibited in Excellent Works Exhibition. 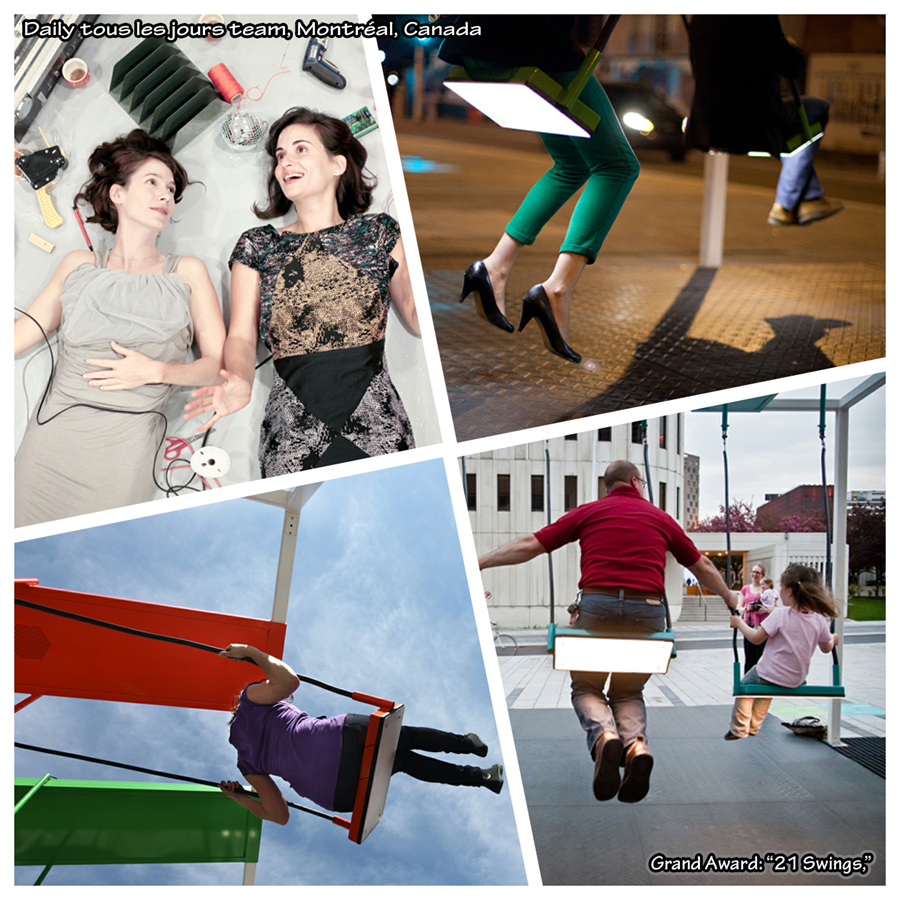