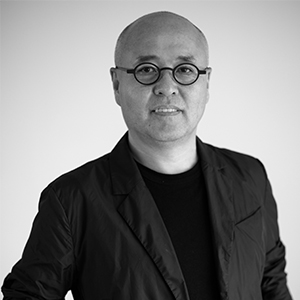 Dean of School of Design, China Academy of Art

Bi Xuefeng, male, born in October 1963, professor of China Academy of Art, doctoral tutor, dean of the School of Design, graphic designer and the member of the International Graphic Design Alliance (AGI). He is also the academic member of the Shenzhen Graphic Design Association and the subject leader of visual communication design.

In the 1980s, he graduated from Zhejiang Academy of Fine Arts (now China Academy of Art); later he and some colleague designers in Shenzhen jointly contributed to the promotion of the initiation and development of graphic design in Shenzhen. He is a design practitioner, who has built a number of influential projects and brands with his imaginative design works; in addition, against his own cultural background, he has pondered the culture carrying capacity of graphic design while continuously explored the formal languages of design. His works have won more than 100 awards both at home and abroad. As an exhibition planner and a judge, he has also promoted exchanges concerning graphic design and has successively planned the 2005 “French Contemporary Design Exhibition”, the 2007 “Back to China” invitational design exhibition, the 2010 Shenzhen – Hong Kong Invitational Design Exhibition, “China Design Exhibition” graphic design exhibition, the 2018 “Boundless Chinese Characters” design exhibition, DIA Design Intelligence Award etc.